Home Blog GESTION CREDIT EXPERT – FRANCE CREANCES interviewed by latribune.fr as an expert in the management of unpaid debts and debt collection
← Back to all articles
Table of contents
Share the article on

GESTION CREDIT EXPERT – FRANCE CREANCES interviewed by latribune.fr as an expert in the management of unpaid debts and debt collection

Christophe NOBILET, Director of GESTION CREDIT EXPERT – FRANCE CREANCES, is the guest of latribune.fr in the program "words of experts" on the management of unpaid debts. In particular, he discusses the consequences of these unpaid bills on the French economy and the solutions available to companies to increase their cash flow and reduce their customer credit risks. 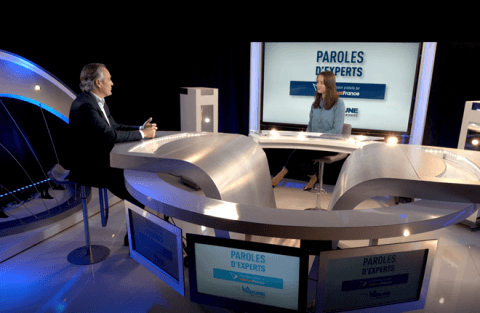 According to theANCR, the leading French debt collection union, 56 billion euros of unpaid bills were written off on the balance sheets of French companies in 2017 (i.e. 2.5% of GDP), knowing that the respect of payment deadlines alone would free up approximately 15 billion Euros of cash for companies.

56 billion in losses is also about 29 billion euros that the state did not collect in its coffers; about 12 billion in VAT and nearly 17 billion in corporate taxes.

Given their average economic profitability of 8% according to INSEE, to compensate for these 56 billion losses, French companies would have to make a colossal effort or show great patience.

This challenge is simply impossible to meet!

A quarter of the 54,000 companies (whose cumulative turnover reached approximately 16.7 billion euros) went bankrupt in 2017 because of late payments, 38,000 jobs were also destroyed 1 . The number of business insolvencies certainly fell by around 6% in France in 2017, but that of ETIs and large groups would have jumped by 64.3% 2 .

Late payments and non-payments are very costly for companies

The real cost of unpaid 3 for the company that suffers it is:

All costs are included here:

Initiatives to reduce late payments and non-payments are still insufficient

At the national level, the government has taken a number of good initiatives to reduce payment delays and avoid non-payment:

However, there is still much work to be done. For example:

At the corporate level:

All companies need to be much more aware of the true cost and stakes of non-payment to themselves.

Companies may consider internal levers, such as:

They may also consider external levers, such as:

GESTION CREDIT EXPERT, a triple expertise for a global approach to customer risk since 1970

“Our core business is the collection of civil and commercial debts , by amicable or judicial means, both in France and internationally, thanks to our team of lawyers, collection experts who work in 10 languages, as well as our network of 300 partners around the world” , explains Christophe NOBILET. “Our two other businesses are complementary: on the one hand, the surveys used in a preventive way to check the solvency of a customer before selling him anything, or in a curative way to determine the opportunity to launch a legal procedure; and on the other hand consulting and training to support companies on the key topic of improving their working capital.”