Home Blog 39th ANCR Congress: the 3 sentences to remember from Christophe NOBILET’s speech
← Back to all articles
Table of contents
Share the article on

Christophe NOBILET spoke on Friday October 11, 2019 to the members of the ANCR at the union's annual congress. In particular, he recalled the reasons why it is essential for the ANCR to maintain its influence at FENCA, and gave an update on two key subjects at European level: the GDPR and the accountability of debtors. 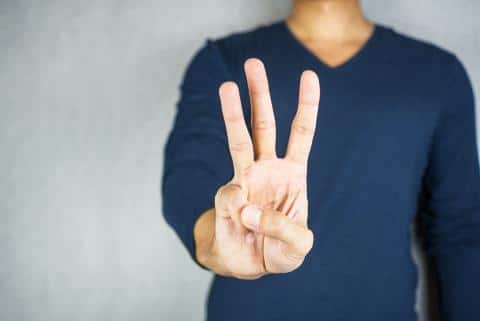 ” The work of FENCA is key to the defense of our sector in France.

At the end of September, during the 26th edition of the FENCA congress, nearly 300 debt collection professionals from 28 countries met in Lisbon and exchanged ideas and action plans to promote of this sector in Europe.

Christophe NOBILET insisted on the fact that “FENCA is of paramount importance in a context where the laws that directly impact our profession in France are more and more systematically prepared in Brussels; FENCA is therefore the European extension of the action led by ANCR in France “.

” In particular, we remain very vigilant to ensure that the Code of Conduct takes into account the particularities of all our companies, large, medium and small.

FENCA has been working for almost three years on the implementation of a Code of Conduct on RGPD specific to companies in the debt collection sector.

Christophe NOBILET specified that ” Once approved by Europe, more precisely by the European Data Protection Board, the European equivalent of our French CNIL, this Code of Conduct will become the specific RGPD reference for our profession and will therefore allow us to apply the European regulations on personal data protection in an appropriate manner “.

He also recalled that ” ANCR has been very actively involved in this work since its inception” and that “we should soon see the benefits “.

Finally, he noted that ANCR has worked to ensure that the code “will be a good tool for the public. be representative of the diversity of our businesses (mandate, buyback, civil or commercial claims…) and […] that it be as simple as possible to be manageable by all of our companies (large, medium, small) because many of us do not have a department or person dedicated to RGPD compliance.”

” FENCA now seems determined to open this work on the accountability of debtors.

On the sensitive subject of the responsibility of debtors, Christophe NOBILET recalled the great disparity of regulations in the countries of the EU, in commercial as well as in civil matters.

He took the examples of France where ” collection costs are forbidden in civil debt collection, even if amicable damages can be claimed from debtors under certain conditions, it is up to the creditor to assume the costs of collection of unpaid debts for which he suffers damage “while in Germany, ” it is legal for the creditor to claim certain flat fees from civil debtors to make them contribute to the collection costs incurred by their creditor due to their late payment and that in the Czech Republic “creditors charge what they want to their debtors who ultimately pay the full cost of collection for which they are responsible “.

While the impact of unpaid bills weighs heavily on the French and European economies, he warned about ” the global pressure from consumer associations in all EU countries, very effectively relayed to Brussels “who” is clearly intended to put a brake, or even an end to any form of responsibility of debtors, especially civil debtors (…) towards their creditors ” ; ” there is obviously no question of burdening the most vulnerable debtors, but it seems essential that individual debtors assume a certain responsibility and therefore at least part of the cost of the prejudice they cause their creditors due to their unpaid debts “.

Christophe NOBILET concluded by insisting on the importance ” to homogenize the regulation at the EU level “, without which ” it is very possible that the accountability of debtors will be further reduced (…) which would still be to the detriment of the economy in general, trade and cross-border collection in particular, even within the EU”.

FENCA was created in 1993 by 4 founding countries: Norway, Germany, Italy and France. For France, it is the ANCR which was the founding member of FENCA and which remains a very active and influential member since then.